Success! or not? Stages of learning and true success 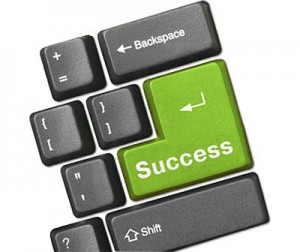 An interesting article on success and new projects from ZDNET, reminded me of another article I read but can’t put my finger on just at the moment.  In essence, an informal poll was taken of people who have launched new projects to discover how many considered their project success, by any means they cared to measure it by.

The surprising result was a meager 12% of new project were deemed a ‘success.’  Which in itself is surprisingly low, however the key was that by working with their ‘failed’ project, re-vamping or re-purposing,  many were able to develop a successful project.

This struck me as the same as learning a new skill and the stages of learning, which also has a very high drop-out rate.  Most of course drop out when faced with the initial let-down, and the intolerable feeling of being out of one’s depth.

Try learning a new skill – something that is completely outside your experience, and you will see what I mean.

The first stage, which applied to learning a skill as well as to developing a successful project, such as a profitable website, or like project, is the  unconscious incompetence stage – which is, I can do anything, I have done many things  before so I will do this too.

Which is all true in the simple sense, but it isn’t true right here today.  Learning something completely new takes a huge amount of time and effort.  In order to progress, you have to recognize your own incompetence before moving to the next stage, where success does indeed await.

There are some people and companies that launch and are fabulously successful out of the gate.  And wouldn’t that be great?   Society and popular culture idolize these, and many people feel they deserve success.  Our ego and our own sense of self importance tells us that of course this will happen to us, by virtue of the fact that we are alive and feel a sense of ourselves.

I can think of dozens of clients and friends who have launched websites, online and offline businesses, at some expense, believing they would be fabulously wealthy, and were already deciding what type of house they would buy and what kind of accountant they would have, before they had even launched the site.

And all that is great – visualizing what you want, asking for what you want – all great stuff.  But if it isn’t within reason, it is just whistling in the dark.

Success at this point is pure luck, and while it has an irresistible infantile appeal, the downside is substantial – the probability of something that came to you by luck, also disappearing by luck is very high, even approaching 100%.

Like the lottery winners, most who win big, five year on, find their lives in ruin, they rue the day.  What price riches indeed?

Back to our success/learning time-line.  Inevitably the project fails, the wealth doesn’t materialize, or the desired proficiency proves illusive.

They discover their website, project or business is just another one of billions.  And since the initial stage of learning was so inflated and bound together with the ego, the ‘crash,’ which is really nothing of the sort, is internalized and devastating, and most people give up at this stage.

The next stage of developing a successful project, and of learning, is the most difficult and confronting where you truly meet yourself.  The ego is reduced to that of a child that cries out, “I don’t know how to do this,”  and the would-be, or aspiring entrepreneur wallows in the uncertainty of a child’s world, seemingly beyond their control.

The older I get, the sense of control, and the actual control over my environment becomes more competent and all-pervasive, and the more I tend to avoid things and situations that I can’t control.  The avoidance of out-of-control, situations and even situations where I am not the Master of the World, is surprisingly strong and motivates much of our behavior unconsciously.

The sense of uncertainty and being out of control recoils and we blame ourselves – I am not worthy, I can’t, I’m stupid, on and on.  But none of that is true at all – it is just the ego struggling for the upper hand and a sense of control.

Now comes the hard part – sticking with it and persevering even though there isn’t any financial gain, and likely large losses, and far worse, the feelings of insecurity, uncertainty and incompetence.  Which are there all the time, but masked by our phobic avoidance.

What few people realize at this point is their original idea, or the way they have been taught, needs to be re-imagined from the ground up.  The baseline assumptions, which we are often not even aware of, need to be adjusted.

The project need to be re-envisioned from the ground up.  Maybe you are selling something to students.  Looking at your web stats and talking to your customers, most of them are teachers.  O.K!  Time to re-write the whole thing for teachers and sell to teachers instead of students!

Perhaps you have learned to trade stocks or FOREX using Elliot Wave theory or Swing Trading.  But the results aren’t there.  You are losing money instead of making money.  A red flag!  Time to go back to basic principles.   Time to paper-trade for a while and figure out for yourself what works.

This is the third stage of learning – the unsuccessful project is now a qualified success, or you can function at a basic level with the new skill.  It is a huge amount of work and requires enormous concentration but you can do it.  Probably the amount of time and energy is far greater than the return, but you are doing it!

Don’t give up yet!  Sticking with it, in time, the skill becomes 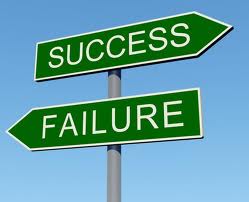 At this point you can reasonably claim real success.  And ‘real’ success without the downside.