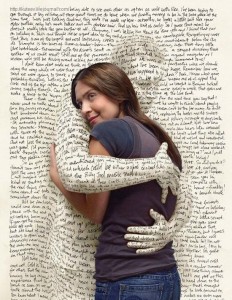 As Europe circles the drain, there is general be-fuddlement and a whole new lexicon.  Consider:

“Spain is not Greece.”

The turmoil in the Eurozone over the fragile state of the Greek economy and the increasing likelihood that the country will be forced to abandon the Euro as its currency has generated this jargon term, short for “Greek exit”. It originated in British newspapers but it has become widely known in other English-speaking countries. Its first known appearance in the financial press is this:

First, we raise our estimate of the likelihood of Greek exit from the eurozone (or Grexit) to 50% over the next 18 months from earlier estimates of ours which put it at 25-30%. Second, we argue that the implications of Grexit for the rest of the EA and the world would be negative, but moderate, as exit fear contagion would likely be contained by policy action, notably from the ECB.

This was a quotation from the issue of Global Economics View published on 6 February by the international financial-services firm Citigroup. It was written by Willem Buiter and Ebrahim Rahbari, respectively Citigroup’s Chief Economist and UK Chief Economist. Its creation is usually attributed to Buiter.

The extent of its penetration into the language as a fashionable, if most probably temporary, term may be judged by the parallel formations that journalists have begun to generate from it in reference to the worsening economic situation in other Euro countries (“Grexit must be one of the ugliest words ever coined. Perhaps it will be followed by Pexit, Spexit, Itexit and Irexit” — Financial Times, 22 May 2012).

Not only is [Spain’s] economy so large as to be indispensable, but its ties with Italy mean that the Italian economy (which is the third-largest in the EU) would be fatally compromised by its fall. “Itexit” is almost unpronounceable, so perhaps it’s fortunate that it will never be required: after Spexit, there would be nothing left to exit from.