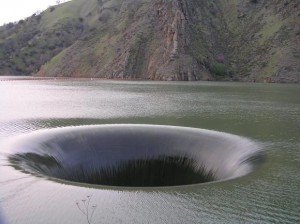 Economic Recovery?  Don’t believe a word of it.   Here is what is really going on:

Meanwhile, over at  JP Morgan things are going great.  JPMorgan’s total assets amount to $2.509 trillion, its derivatives exposure is $70-$80 trillion, so it’s too big to fail and systemically important.  In other words, they can’t just be shut down because the system depends on them.  Pulling JPMorgan would crash the whole system.

Although they have paid billions to settle charges, they face a bewildering and shameful array of ongoing investigations.  Here is what is really going on:

(1) Manipulating the market in the London Whale trading debacle

(2) Rigging energy prices in California and the Midwest

(4) Bilking credit card holders by fixing prices and interest rates The bank said it will pay about $1.2 billion to settle charges that it conspired with MasterCard and Visa to rig credit-card swipe fees.

(6) Gouging some 6,000 active-duty service members on their mortgages

(7) Mis-selling interest-rate swaps to the city of Milan, Italy in 2005

(8) Enron – The bank and some of its executives are still being sued over the bank’s relationship with the fraud-based energy giant, more than a decade after its failure

(9) Aiding and abetting Bernie Madoff’s Ponzi ; the Madoff bankruptcy trustee and others have also sued the bank to get back some Madoff clients’ money

(10) Its relationship with failed brokerage firm MF Global ; it is also being sued for allegedly aiding and abetting MF Global misuse of customer money.

(12) Allegations that it knowingly sold faulty US mortgage securities ; after [direct discussions between the bank’s chief executive, Jamie Dimon, and Attorney General Eric H. Holder Jr.], JPMorgan reached a tentative agreement with the Justice Department to pay a record $13 billion

(13) Manipulating EURIBOR (and yen Libor) rates , in a case in which the EU’s Competition Commission is set to impose up to €5 billion in fines to a group of at least 6 banks

(14) Manipulating WM/Reuters rates ; JPMorgan is one of 7 banks that have confirmed investigators in the U.S. and Europe are investigating their foreign exchange trading and manipulating of WM/Reuters rates (an industry-wide standard used in determining closing prices in the $5.3 trillion-a-day foreign exchange market, published hourly for 160 currencies and half-hourly for the 21 most-traded. )

(15) Manipulating Libor rates In the bank’s own words in 2012: “JPMorgan Chase has received subpoenas and requests for documents and, in some cases, interviews, from the DOJ, CFTC, SEC, European Commission, UK Financial Services Authority, Canadian Competition Bureau, Swiss Competition Commission and other regulatory authorities and banking associations around the world.”

(16) In a separate case: Colluding to artificially lower the Libor rate ; between 2007 and 2010, in legal action brought by US mortgage provider Fannie Mae, which alleges that the collusion led it to lose money on interest rate swaps, mortgages and mortgage-backed securities, with a $332 million loss just from interest rate swaps. Fannie seeks to recoup $800 million.