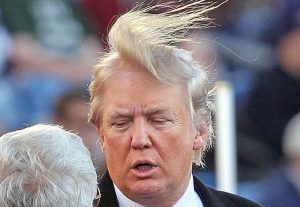 Trump voters are not defined by their experience of economic hardship, but by their willingness to embrace a particular explanation of that hardship — namely, that it was visited upon them by a black president in cahoots with the swarthy peoples who have taken their jobs, their “lifestyle,” and their status.

Forget automation. Forget globalization. Forget decades of Republican fiscal policy that starved the nation of infrastructure and human capital while directing the benefits of economic growth to the already engorged rich. Forget personal choices to forgo higher education and additional training. Forget the fact that the ability of low- and semi-skilled workers to achieve a middle-class life was an artifact of a particular moment in this nation’s economic history.

Just remember this: Barack Obama, a black man, was president when that moment seemed definitively over. And he WANTED it that way.

I don’t like believing this. I genuinely feel for these people and their despair; I know them and come from them. But these apostles of self-reliance have to accept the responsibilities of citizenship, one of which is to think honestly and clearly about the world. Doing that means rejecting Trump.

— Kim Messick in North Carolina, reacting to an article about Appalachian voters who support Donald Trump despite misgivings about his personality.