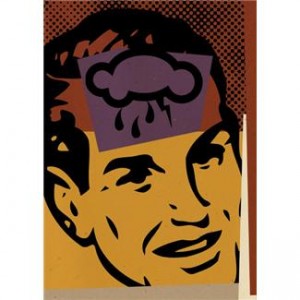 Working and earning a living online you live by your wits. Having great ideas, original ideas, or taking an idea and molding, altering. re-purposing, or re-packaging it into something else, which is in itself a creative process, is what it’s all about.

Which most of the time is great – going for long walks to mull things over, retreats HERE or HERE, meditating, doing yoga and generally hanging loose and allowing inspiration to come. There are other aspects. Much less glamorous and much less appealing.

Briefly, Google has rewarded companies large and small with traffic and hence sales and ad revenue for producing content of any sort. In a mad rush to the bottom that was hugely profitable, large companies like Demand Media, have spend tens of millions of dollars producing low quality content, as have thousands of webmasters. Here, for example is an article on how to pick your nose the proper way from Demand Media. And everyone has made a killing – and I mean just a killing! Everyone pilled on the bandwagon with Content, Content, Content, and who cares what is says, it generated untold millions of dollars in ad revenue for webmasters and sales commissions for all! Until Google finally put a stop to it and penalized thousands of sites. For an in-depth discussion of the economics of Content Farming – see SEOBOOK. hahaha fun while it lasted.

Anyway – my sites were hit, mainly as collateral damage, but still down roughly 30%. Not catastrophic, but definitely noticeable. Now – back to the un-glamorous aspects of living the creative life. OK. So it is Monday morning, rainy and cold for April, I’m cranky as hell and traffic and sales are down 30%.

Time to be a smart guy – figure out what is going on and fix it – right now. Time for some really creative ideas and out of the box thinking – right now. On demand. Just when you least feel like it.